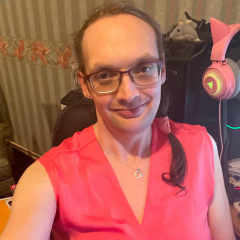 First post using xmlrpc: 'how I fixed a bug..'

diddledani2015-10-27 random WordPress
I’ve not posted in a couple of days, so I figure I should explain what I’ve been up to with IND-Web.com. While playing about with windows I had a little look at Windows Live Writer, a blog editing tool made by nasty Microsnot. What actually took me by surprise, is just how useful it is to be able to write your blog posts off-line and then publish them all in one go when you get internet connectivity.

diddledani2015-10-27 random
As part of my ongoing efforts to unify Wordbook and Fotobook, I have added the same check that the author of wordbook put in place into fotobook. This check determines whether the facbook API has already been loaded by the time the plugin executes and loads it if necessary. Also in this release is thickbox support. The above updates are now present in stock fotobook, so are no longer required in my patch.

diddledani2015-10-27 random WordPress
As a precursor to the return of a music player for my blog, like that of CuBeZeRo’s site (www.nweightman.co.uk), I have inserted a frameset so that I can have the player permanently at the top of the window while the user is navigating the site. This allows me to use the streaming mp3 technology of Adobe Flash (my choice of player) rather than embedding the mp3 into the flash file making it a huge-ass download.

diddledani2015-10-27 random WordPress
No longer actively developed. see the AJAXBlog page instead ok, here goes the instructions of how to have bookmark capability with a framed WordPress page: move your WordPress installation into a folder (from here on out called WordPress/) and update the settings of WordPress to use the new location (If you can’t get into the wp-admin pages after the move, edit the wp_options table in mysql and change any instances of the old url to the new one.

diddledani2015-10-27 random
I’ve been playing with the CSS layout code of my site, and have now made the display capable of complete screen resolution independence down to screens running at 640×480. On another note I tried Qumana, my blog editor of choice, under ubuntu 9.04. However, it would seem that the application can’t spawn any new windows. This is rather essential, as the initial display doesn’t include any editing capabilities, requiring a new window to add or edit blog entries.

diddledani2015-10-27 random
So Google have launched their new Social Networking site Buzz. And in doing so have opened up their users to privacy leaks, as reported by the BBC (https://bit.ly/a6I0uf). Google are taking the user’s (read: “privacy activists'") views into account and have set up a war cabinet to get the privacy concerns ironed out as soon as possible. The BBC report tells us Google representatives have indicated that they have already implemented some changes and others are due to go live within the week.